Writing is absolutely a difficult, at times terrifying but also liberating, activity. It takes years of writing in one genre before it ultimately becomes second nature to you. The most important tool any writer can develop is their voice. And throughout the years as you mature as an individual, your voice will change and evolve along with you. I look back on poems and essays I wrote a decade ago and see the person I no longer am and it is like looking at an artifact. Some pieces are easy for me to identify: the who or the what or the why that drove me to put pen to paper. Others I can barely remember writing and certainly can’t summon the reason or emotion behind the work. All of this points, for me at least, to a maturing mind, or rather an expanding consciousness and vision of myself and the world around me that is no longer enclosed, no longer dominated entirely by my emotions or by what has been pejoratively called “intellectual masturbation.”

As I get older, I find myself writing less poetry and more essays, and now in writing for my blog I write less critical, academic texts and more practical, reader-friendly pieces for writers and those interested in literature. As we get older I believe we find our original dreams and goals transform, whether of our own volition or otherwise, and as writers, our goals and purposes change as well, most likely reflecting the metamorphoses of our own identities. Not much longer than a decade ago I was teaching as an adjunct and dreamed of obtaining a PhD so I could teach literature full-time and write on the side, particularly in the summers, during which I could write poetry, put together a collection for publication, and write peer-reviewed papers for journals in my endeavor toward achieving tenure. But this did not come to be. This was my dream, my goal, not my fate. Clearly, my purpose is other than to teach within the confines of a classroom.

Seeing as I could not fulfill this dream, I turned to writing critical essays that did not involve research, and that any reader with a background and interest in philosophy, in the philosophy of art, in literature, and in spirituality and religion, could read without being bored to tears or death. My work became less grounded in the literary critical language of academia and more focused on just exploring ideas I was interested in. While I did this, I continued to write poetry, a poetry that became more philosophical, more romantic, at times even vulnerable and erotic, all in an effort to express myself without the young adult angst and emotional overload that clearly mars what remains of my work from my early twenties.

But for quite a while now I have been battling with myself, recognizing but not yet fully accepting the fact that as I am getting older I need time away from both these genres, realizing that the critical essays I write do not reflect anything more than my interest in a certain subject and my thoughts on it from a detailed perspective. These essays engage and depict only my mind, the intellectual side of me, and share it with my readers.

As for the poetry, which has played witness to a more personal side of myself, it has become what all poetry strives to be—art. When one writes poetry, one willfully, consciously crafts a sculpture of words suspended in time, thus immortalized and removed from the essence, the spirit, that brought it to life, hence its ability, unlike its creator, not to think or feel but to evoke thought and feeling in its readers. The realization that my poetry is not me, but a reflection of me transfigured and exempt from decay, a work of art glowing with artifice and hiding depths only receptive readers will sound, has forced me to begin to accept that it is time to set down the poet’s laurel crown and bloom with my pen in another genre, a genre that reveals me, all of me, without the surface glitter of artificially fashioned language that for me has so long been about performance rather than the clear subjective expression of self. All of which has led me to the point of this post: how uncomfortable but necessary it is to step out of your comfort zone as a writer, or your comfort genre, if you will, and write in a second one, or in my case, a third. 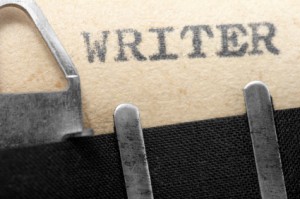 This does not mean you are divorcing yourself entirely from your chosen genre, but engaging with another through which your voice can grow and mature even further, finding a new dimension from which to speak, which in turn will, one hopes, recharge your voice in your primary genre. Learning to write in and practicing the art and craft of writing in a second genre will open your mind and show you another side of yourself because the voice you use to write with will be vastly different from the voice that you’ve been using for years in your original genre.

As I see it, it comes down to two truths: there is a multiplicity of things one wishes to say, worlds to plumb and discover within, that cannot be said or uncovered in the boundaries of one genre alone, thus we move between genres to find in which one(s) our needs and desires as writers can be better served and more successfully fulfilled. The second truth is that as writers, if we are not writing autobiography, memoir, or thinly veiled autobiographical fiction, we are writing in genres that do not necessarily expose our personal identities; we do not present ourselves, our lives, to our readers in these genres, since that is not their purpose. And at times these two truths collide and weave together as they have begun to do for me.

No one genre is fit or able to adequately and beautifully express everything we think or feel, and often our own personal story has to be told, so we move from fiction or poetry to memoir (as I have begun to), because in it we see value and meaning that we want to share with others, and because in yielding to the vocation of being a writer we all too often forget ourselves in service of the art of writing, in service of the goal of sharing with others what we have been called upon by the divine or the muses to give to the world. In a word, a periodic return to ourselves in autobiographical writing can be beneficial not just for our mental and emotion well-being, but also for our voice as writers and what we write.